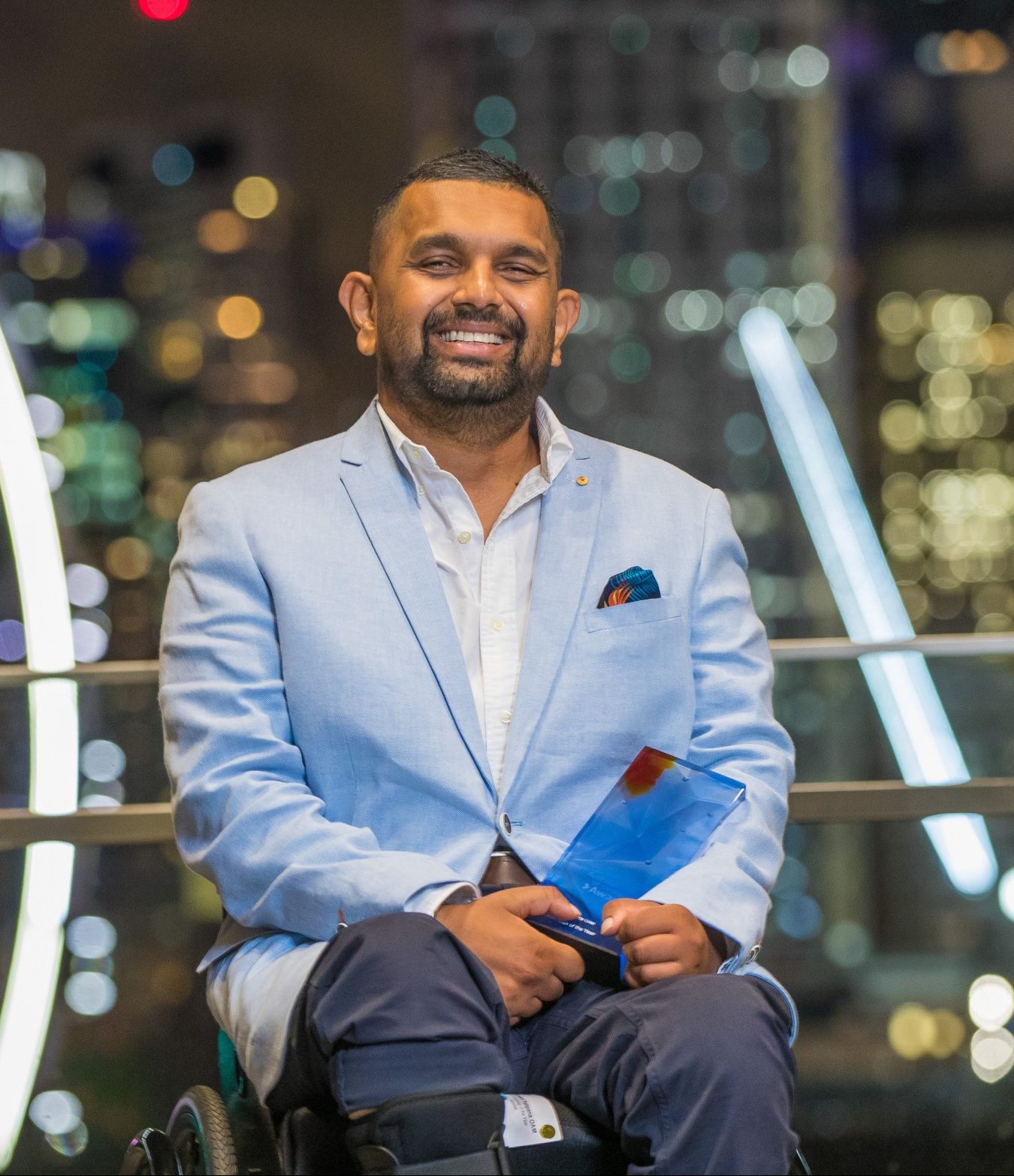 Dinesh is an Australian doctor, lawyer and disability advocate.

He is the first quadriplegic medical intern in Queensland, Australia and works as a senior doctor at one of Australia’s busiest hospitals at Gold Coast Hospital

2021 Dinesh was announced the Queensland Australian of the Year.

Dinesh contributes his success to his devoted mother Chitlrani, who is his primary Carer. Therefore Dinesh values and understands the role of carers and is very excited to support The Carers Foundation Australia.