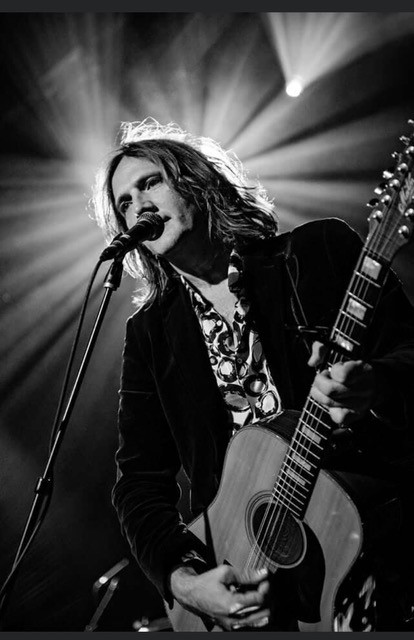 Ian Haug is an Australian musician and the lead guitarist, songwriter, and backing vocalist in the rock band Powderfinger from its formation in 1989 until its breakup in 2010. He is presently a member of The Church and operates Airlock studios which Ian started with some friends back in 1996. Since then hundreds of artists have used Airlock as a recording space.

Through Airlock, Ian encourages and inspires other musicians to pursue their ambitions and dreams.

Ian recently engaged in one of our ‘Joy and Inspiration projects’, for our Young Carer Daniel. Because Young Carers miss out on their teenage years, and don’t get to do things that normal teens do, these projects allow them to fulfill their dreams they thought were never possible.

Ian selflessly fulfilled one of Daniels dreams, which you can see here…..

Its incredibly generous people like Ian that make a difference in a young carers life.

JOY & INSPIRATIONDaniel is one of our young carers who loves playing the guitar, and his dream was to go to a music concert. Ian Haug from Powderfinger and now The Church generously gave up his time to give Daniel a private guitar lesson. We cannot thank Ian enough for his support and generosity of his timeAlso our heartfelt thanks to Australis Music Group for donating a brand new #AshtonGuitarIts people like these that make such a difference in young peoples lives. If you would like to support a young carer with some Joy and Inspiration, please donate here at www.thecarersfoundation.org/donate, or through the Paypal Giving fund www.paypal.com/au/fundraiser/charity/3508982#wecareforcarers #realsupportbyrealpeople #powderfinger #thechurchband #music #guitar #leadsinger #joyandinspiration #support #carers #care #kind Australis Music Group #Gibson #Gibsonguitar Coca-Cola Coca-Cola Australia Hancock Creative Women & Change – Queensland Women's Giving Circle

Posted by The Carers Foundation Australia on Sunday, 24 November 2019

Ian was quite inspired to learn about teens like Daniel caring for their parents and or siblings and what they have to do, as like most of the community he was totally unaware.

We are so fortunate that Ian has agreed to volunteer as an Ambassador for The Carers Foundation Australia to help us raise awareness for Carers and teens such as Daniel, in caring roles.